This national park is easily found on the southern part of the western coast of Istria and counts a total of 14 islands. The biggest among them is the Great Brijun, and all of them, because of their incredible natural beauty, were proclaimed the National Park in 1999.

What is particularly interesting at Brijuni are the remains of dinosaurs who lived there 160 million years ago and can be found in four locations. Although these traces were discovered in 1926, only in the nineties of the previous century, more detailed research was carried out, where it was established that these were two-legged mesotherapy Theropods and fast meats from the Coelurosaria group.

The plant and animal world of Brijuni is particularly interesting because of the characteristic Mediterranean, humid climate here shelter found a large number of endangered species of animals as well as individual exotic species. Also indigenous vegetation is lush in this area, and the most famous tree is Old Olives, which, after 1600 years, still produces olives from which later it is made of premium olive oil. 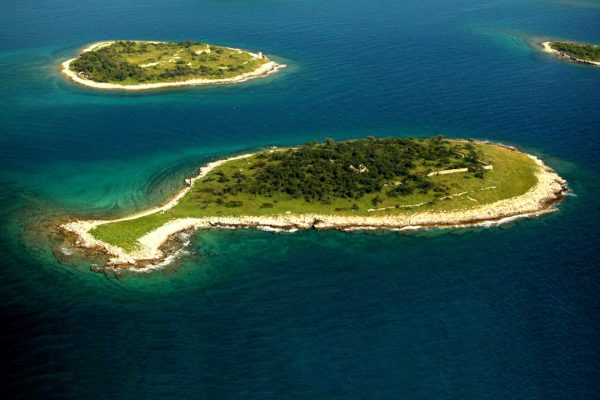