Istria is the largest Croatian peninsula located in the northeastern part of the Adriatic Sea. On three sides it is surrounded by the sea, has a very favorable geographical position, almost in the heart of Europe, halfway between the equator and the north pole, has always been the bridge connecting the Central European continental space with the Mediterranean.

The name originates from the Illyrian tribe Histri who lived in the area, and the rich history that she had told told stories that are so magical that it is sometimes difficult for them to believe. So it is not surprising that the Romans called this area Terra Magica. Thanks to them today, numerous buildings with their walls preserving the secrets of old times can be found in Istria. They have the most of them in Pula where they can see the Augustan temple dedicated to goddess Roma and Emperor Augustus, the city forum, the Hercules door, the Twin Door, the Archbishop of Sergijevac, the Roman Theater, the Arena for amphitheater.

The coast and the islands of Istria are rich in Mediterranean vegetation, so it is the right to enjoy a walk through the pine forests during wonderful summer days. The climate is cloudy, and thanks to the untouched nature and the clean sea, Istria is widely known.

Although shipbuilding is an industry branch in which Istria is famous for its increasing number of domestic crafts, small wine cellars and olive oil processing plants, which makes the peninsula particularly proud. Grapes, figs and almonds will brighten the day for anyone who stops to try them on the way to the beach.

Taking all this into account, it is no surprise that Istria is very attractive tourist destination today, tempting not only summer tourists but also hedonists and fans of agro and gastronomic tourism. Combine it with the warm sea, the hospitable population, intact natural beauty and the proximity of the main land and sea routes of Europe and you will have enough reason to visit this paradise location. 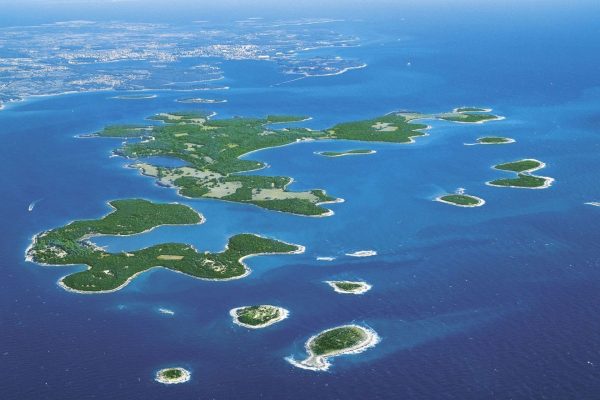